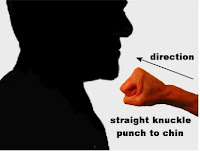 Get my take on New Year's Resolutions - A Bunch of Fives
Posted by Unknown at 11:46 6 comments: 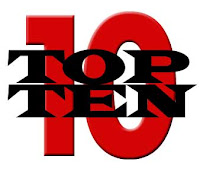 Here's a list of the most popular Robert Craven/Bright Marketing/Directors' Centre blogs by comments... not in any particular order.

The idea of the entrepreneur has come to be synonymous with the Bransons, Jobs, Gates of this world. What are called “transformational leaders”, the hypomanic, “crazy” people a few (very few) of whom create new business dimensions – and most (the vast majority) fly too close to the sun, and just burn up (themselves and their investors’ money).

And “How to Become an Entrepreneur” has been taken over by armies of “gurus”, each with their own Seven Steps To…

For every one Branson, there are (tens of) thousands of bright, knowledgeable, hard working, hard pressed people running their own businesses the best they can – and making a pretty damn good job of it.

What are called “transactional leaders”, determined, down-to-earth entrepreneurs making money with as little risk, and as much intelligence and expertise as possible.

The transformation gurus look for “kind of crazy” people, and say things like “You need to suspend disbelief to start a company”. The transactional experts say “No, you don’t. The opposite is true”. You need to be as realistic as possible. You need experience. You need to have your eyes wide open. You need blah-blah…

Most people are not “geniuses” who have one great idea. They are born and brought up in a certain way, and then they work really hard to create new opportunities for themselves.

It’s what Malcolm Gladwell calls the 10,000 hour rule. He argues that Mozart was not a boy genius. He was hugely talented, but he practiced for (give or take) 10,000 hours (ie he was a prodigy at 8, but didn’t produce any great music until he was 18).

Bill Gates was very bright, but he went to MIT where they had the first powerful computers, and he spent mega hours playing and working on them. Musicians, artists, etc, the same applies. They spend mega hours in their bedrooms playing guitar/drawing for hour after hour.

You get to be a “genius” by hard work and putting in the hours.

The ones who have to deliver solutions to minor and major problems everyday of their working lives.

Who is out there to help them?

Who has been-there-and-done-it so can provide reliable advice? Who can deliver practical action plans rather than unrealistic, magic wand solutions?

Do You Really Need 'A Great Business Plan'? 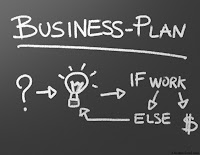 Question: Do You Really Need 'A Great Business Plan'?

Answer: I am not so sure these days.

The Big Mistake: Not Staying Small

At a small scale, he observed, things are "flexible, healthy, manageable and delightful, even a baby's ferocious bite". Conversely, at a large scale, things become unstable and easily assume the "proportions of terror". A firework is fun, a cluster bomb is not.” (The Guardian)

Many businesses succeed in their early days when their founding entrepreneur is working “at the coal face”. Then he gets tired of that, and grows the business, gets away from the coal face, and everything starts to stutter. The business does not function as well as it used to. The founding entrepreneur gets disheartened, and casts around for grasses greener, so the business falters further.

Staying small and staying close to the coal face may be the smartest things to do. Getting bigger should not be assumed to be the right strategy for every company.

That creates other problems – like succession and small scale expansion – and that needs outside help from other people who have already been-there-and-done-that.

Everyday Entrepreneurs need to be at the coal face at some time everyday. Lose that and you can lose what made the company originally successful.

So, we launched "the challenge".

The Challenge was - "you have 30 days to improve your business (based on a workshop with me). After 30 days we'll ask you what you have achieved. Only at that point will we consider asking for payment. You will pay what you want.

So, great excitement and anticipation. We already have some serious results. But we will wait till Thursday when the 30 days are up. To what extent will the experiment have worked?

Based on results so far we have decided to proceed with not one but two Growth Challenges at the start of the New Year. Book in now.
Spend half-a-day working with me. Wait 30 days and I'll call you up. You tell me what the improvement has been.

You then decide what to pay for the results you have achieved.

A thought: we live in times when people do not want to just buy "more of the same"... people want stuff that delivers and that they should pay what they, the customer, considers to be a fair price. (Try employing a solicitor!!!) More professional service firms should charge on results and not on selling time.

Real Entrepreneurs Uninspired by the Celebrities

The truth is out.

Celebrity business TV shows are not helpful to people who actually run businesses.

More than six out of ten respondents in the Better Business Survey felt that the shows (Apprentice, Dragons’ Den etc) were not helpful or inspirational.

Less than one in twenty (that’s less than 5%) claimed that they were very helpful, but a third did believe that they had provided some help and inspiration after viewing them.(Better Business Oct/Nov 2010)

Are we surprised? Of course not.

Most TV business shows are exactly that. They are shows. Like Big Brother or X-Factor they are designed to entertain and attract viewers. They are not designed to, and they do not honestly claim to, replicate reality. They are simply combining the reality show formula (embarrass people stupid enough to want their 15 minutes of fame) with ‘business’ and an exquisite new programming franchise is created.

I do not dispute that the programmes can be great entertainment as we watch the wannabes attempt to impress the celebrities but we get no real insight into the business side of things.

The programmes would be very dull television without some tension and without a few people making utter fools of themselves. So, the TV companies select candidates that will make great television. And that’s exactly what is created: great television.

I squirm when I meet people whose business education comprises of trying to behave like Lord Sugar (“you’re fired” etc) while willingly trying to sell 30% of their business for a paltry sum that they should have been able to get from a decent angel investor.

Meanwhile, the programmes present a distorted view of what it is to run your own business. Few businesses are set up to take on venture capital type funding à la Dragons’ Den; poor, often needy, wannabes are fed like lambs to the slaughter.

Often humiliated - remember the man with the sweaty armpits and the stutter - the candidates believe that the PR from DD will be enough to catapult their business into the stratosphere.

Sometimes it does. But not always.

I openly admit that I watch too much TV and that I will watch most business TV shows but we should recognise them for what they are: good TV with occasional glimpses and insights that may help us make sense of the businesses that we run.

However, for business education or inspiration, the research says that we need to look elsewhere.