Seeking Out Opportunities - They Call It 'Leverage'

Many businesses do not capitalise on what they already have and own.
They call this ‘leverage’: using what you’ve got… re-packaging it to reach more or different people.

As an example I will use The Directors’ Centre who work to “help business owners to grow their businesses faster”. This is a mini-case study (with a bit of business education thrown in!).
The business education bit: the problem that most business owners have is that they think that they can do most things themselves. Wrong! As a seriously under-performing DIY ‘man about the house’ I can assure you that there are a couple of things that you need to know:

My point: you can attempt DIY and it may well work but…

The mini-case study bit: a consultancy can use much of its existing collateral (tools and techniques) with one-to-one.

And the leverage? You can sell access to your existing tools and techniques via a Business Club. New clients get access to our tools (but not on a one-to-one basis) and if they get stuck they can still call in the experts. Everyone wins.

"This is all part of the fun of running a business"

When you are awake, middle of the night, just remember... it is only a game.
Posted by Unknown at 09:16 9 comments:

Peter Gabriel fights to save valley that inspired lyrical creation

Please find below an example of highly effective PR taking place right here where I live in Woolley near Bath. A live example of mustering celebrities and social media to create a cause.

The view from Solsbury Hill is no longer what it was when it inspired a single by Peter Gabriel, former lead singer of Genesis, in 1977.

To the dismay of residents, it has been scarred by building and excavation, and next week Gabriel joins their fight to save what he calls “one of the most beautiful valleys in the West of England”. Just as appalled is the television presenter Jonathan Dimbleby, who sold the land on which the unapproved construction has taken place.

The Woolley Valley, where Gabriel once lived, is a mile from Bath, a patchwork of steeply sloping fields, winding lanes, farms and stone villages.

On paper the valley is heavily protected. It is green belt land in an Area of Outstanding Natural Beauty and is covered by an Article 4 direction, which requires landowners to seek planning permission to do almost anything more than mow the grass.

Residents say that vast sheds for South American alpacas and free-range chickens now fill fields once occupied by sheep and cows. A new track wider than the lane it runs alongside has been built without planning permission and excavators are digging “stock ponds” and land drains in a boggy meadow once filled with wild flowers.

Dimbleby, a former chairman of the Campaign to Protect Rural England, sold 55 acres in 2005. In the past two years agents for the new owners, Golden Valley Paddocks, have made retrospective planning applications, all of which have been refused. They have put a mobile home on the site for two agricultural workers and converted a neighbouring barn into offices. The agents say that the intention is to build a farmhouse, and claim that planners will find it difficult to refuse.

Bath and North East Somerset Council (Banes) has not ordered reversal of the work, just a halt on part of the site while it considers its next move.

Gabriel said from Los Angeles yesterday: “The development is making a mockery of our planning and environmental policies. I can only think that Banes don’t have the resources to fight it.” On Wednesday he will be centre stage at a press conference on the legal fight against the construction.

Dimbleby, who had an organic farm in the valley, said: “It appears that the new owners have repeatedly ignored the planners and that Banes has been remarkably slow to take the tough action required.

“Enough damage has been done. It must be stopped before it is too late.”

The Cotswolds stone farmhouse of Deborah Jones, an illustrator, was damaged when the mobile home was taken along the narrow lane on the back of a lorry. She said: “We are not just worried about what their ultimate intentions are for this land, it is not suitable for the sort of intense agricultural use they claim to want to put it.”

Almost every window and car in the tiny village of Woolley displays a “Save Woolley Valley” poster. Residents have a petition with 650 names and have raised “tens of thousands” of pounds to fight a legal battle.

The local authority says that it is investigating the case and will decide what action to take when the temporary stop notice expires next week.

Mrs Jones said: “Our fear is that at one minute past midnight they will just move the diggers back and carry on wrecking the place.”

You can find out more at www.savewoolleyvalley.co.uk

Six months ago I ran a session with a group of managers and execs from the public sector who were briefed to lead an industry/paradigm-changing initiative. With a large number of representatives in the room it was inevitable that the purpose of the group might get diluted and that is might turn into a self–referencing talking shop.

I had been asked to talk to them about leadership but the one thing we don’t need is any more leadership courses. We’ve all been there.

So what is required?

Well we need is a focus on what matters. What matters is what happens as a result of your leadership: the results. We will be measured on our results and not our good intentions.

Yes, you need a VISION, a blue skies picture of what success might look like, and yes you probably need a MISSION, some clearly defined numbers around what you might be doing when you hit that mission (turnover, profit, number of staff, number of clients) and the other levels of the business planning process (strategy, milestones, performance indicators). And that’s the easy predictable stuff.

But the key to making the leadership ‘effective’is around action.

So I would say that LEADERSHIP is about VISION (& mission etc) and DECISIONS and ACTIONS and RESULTS and OUTCOMES/BENEFITS.

When you focus on the end point (Covey’s “Start with the end in mind” concept) then the role of the leadership gets clear. Add some task-focused urgency (Who is going to do what by when? What are the quick fixes? What are the slower-burning actions?) to the equation and you start cooking on gas!

And the result in this group: a focus/re-focus on why the group had been brought together and why it existed. A new sense of direction gave them the impetus and framework it needed to deliver. A great day. And six months later the fruits of their work are now being realised.

Helping Local Businesses Do So Much More Than Survive and Thrive!

Business expert Robert Craven and his team are talking to over 2,000 UK businesses about how to get more sales, profits and customers.

The half-day workshops, "Let’s Talk... More Profit" and "Let’s Talk… Marketing" are based on his best-selling business books including "Kick-Start Your Business" and "Bright Marketing". They take place in 17 towns throughout the UK in May to July. The events are being run by Barclays Bank and demand for places is already high.

Robert and his fellow speakers, Geoff Ramm and Louise Nicolaou, will also use materials from his latest book "Beating The Credit Crunch" which will show how businesses have beaten the current economic downturn. The FT describes Craven as "the entrepreneurship guru".

Craven says, "The ‘Let’s Talk…’ workshops are a brilliant opportunity to step back, think about what you are trying to do and start to make decisions that will fundamentally improve the profitability of your business; in the current economic climate this is more important than ever."

Melanie Smart from Adurasys in Birmingham:
"I’ve become a serial attendee of the “Let’s Talk” seminars because I always leave with an idea that makes a difference to my bottom line (rather than some business clap trap) and all delivered with the humour and panache of a top performer. I never thought the business of improving your profit could be so much fun.”

Tickets should be £225, but are free to small businesses signing up through the Directors’ Centre website,
www.directorscentre.com/lets-talk.php 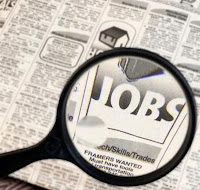 The basic facts have not changed in 20 years.

Start-ups are a lottery.

So far this election I have succeeded in being relatively apolitical. Yes I went off on one about the Business Links and the lack of interest in whether they existed or not. But apart from that I have been pretty quiet.


Went to an excellent presentation by David Taylor, author of Naked Leader, and he said the blindingly obvious (and more than once).

If there are some 4-5 million small businesses in the UK, the simple solution to many of our problems is to get each one to employ one more person.


In my simple mind the impact is as follows:


And if my old ‘A’ level economics is right there is what is known as a multiplier effect to the tune of three- or four-fold income – households spend the money with firms (and a bit of tax) who employ people and pay the wages that are spent with firms and a bit o tax and so the money goes round and round. So much for my simple lesson in Keynesian economics.


So applying the multiplier the real consequences of every small business employing one extra person are more like: