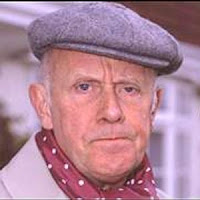 Conferences are great places to go to see how others are approaching your marketplace.
Last month I attended one such jamboree and was shocked at the depths that some people seem to have reached.
If there’s a choice between presenting yourself as honest and trustworthy, or as a slimy second-hand car dealer (my apologies to car dealers), then why on earth would someone go to the trouble of making themselves look so totally dishonest. I just don’t get it.
While some clients get mesmerised by bright shiny things, whatever happened to a good solid deal, delivering ‘what it says it delivers on the tin’. The reason that some salespeople are so totally over the top must be for one of several reasons:
- They are desperate for the sale – ie they don’t care about you, the customer
- They think this is what you want - ie they don’t understand you, the customer
Either way I suggest you walk past these individuals and do not fall for their cheap gimmicks. As my dear grandma would tell shopkeepers and tradesmen on a regular basis, “I don’t believe or trust you… and so I won’t be buying from you”. Scarily it sounds a bit like Deborah Meaden from The Dragons’ Den. If it was good enough for her (my grandmother) then it should be good enough for you.
Winning the sale is all about creating a relationship and developing trust.

Anything you do to damage or abuse that trust will be bad for business. Look at every single thing you do (website, blog, packaging, the way you answer the phone) and ask yourself whether it instills a sense of trust (or distrust!) on the part of your potential customer!

A Challenge To The Twitteratti And Networking Junkies

I have a sneaking suspicion that endless networking (a daily diet of endless breakfasts, lunches, seminars, Ecademy, Twitter and LinkedIn) may not be the path to riches.
Yes, it will keep you busy but is it the smartest way to get the results you want? You end up managing loads of relatively shallow relationships. These will be mostly based on furious exchanges of business cards and listening to a diet of elevator pitches from people pretending to be interested in you.
So, here’s the challenge.
Turn off your message alerts. Do not go near your networking tools and devices for 14 days. It is a bit like a holiday (it is when you do not maintain and feed your perversely obsessive addiction to emails).

Next, select five notable business friends or peers who you 100% trust and respect.
Set up a meeting between the six of you. You sit down and spend 30 minutes working on each business looking at how the group can promote, help and connect the person in the hot seat. Repeat the exercise seven days later.
My suspicion is that a short, intense session of working on each other’s businesses might get you just as far, if not further, than having to deal with all the hype and smoke and mirrors that so often surrounds the networking fests.
I am not having a pop at all networking. Just because something is called ‘networking’ does not automatically mean that it is a good and a worthwhile thing to do.
Sometimes the activity is unfocused (wide and shallow) and gains little traction. Sometimes you need the concentration (narrow and deep) and support you get from a small and tightly-knit group.
Try it.
Posted by Unknown at 07:00 30 comments:

Clearly a lot of people have had bad experiences!

Domino's Admit Their Pizzas Are Lousy

Domino's admit their pizzas are lousy and show how they've sorted it. An intriguing video with a viral/social media campaign running alongside it.


It is a fascinating insight into how they want to be seen.

It is a fascinating gamble as this could blow up in their faces.


It has been filmed like a simple business school case study but they are as naive as they appear to be.


Lots of food for thought!


"Crap value" killed Ratners but that was a slip up. This is an open admission of failure.
Posted by Unknown at 09:18 10 comments:

In our attempts to be polite, everything recession-oriented has the strapline 'survive and thrive'.

My book, workshops run by accountants and seminars run by banks. Business support organisations and consultants now give everything the S&T tagline and sometimes we reverse the letters so it is T&S!

Survive and thrive, my foot. The reality is 'grow or die'.

Businesses are either growing or dying, moving forwards or moving backwards, up or down. Maybe it is time that we were a bit more honest with our clients.

I found some 'middle of the night' notes from the last recession. I know that they are pretty much identical to the panicky notes being written all over the country right now:

"What am I going to do about:

The answer is in the last bullet point: "unable to find the solution by myself".

I met Dennis about two years ago at a seminar I was running. The next I heard of him was a desperate email grumbling about profits, cash, marketing, competitors and so on. Winter 2008 had been truly grim as the reality of a real recession was dawning on everyone. But he thought he could sort it out himself (so why was he writing to me?).

Last week I received an email from his wife. The story is truly tragic.

Dennis inherited his family business consisting of restaurants, cafes and two pubs. Everything started going wrong when the first indications of the credit crunch created an overnight slowdown in customer spending.

Sales collapsed last Christmas and, with no outside support and a wife fed up with his moaning, Dennis ending up staying awake for two nights, a full 48 hours, literally worrying himself sick. So sick that the doctor signed him off with a sick note and a ban from going near the business for a month.

He returned to work, before the allotted time had elapsed, to try to rescue the ailing business but it was all too late. The business owed to much, had run out of credit and watched profits crash spectacularly. Dennis felt trapped.

Dennis hid the impending doom scenario from his wife and children on the first occasion when the bailiffs banged on the door to collect some debts. When Dennis’s wife opened the door to them the following night she let them in. Fed up with the Dennis’s lies and deceit she packed a bag and took herself and the kids to live with her mother in north London.

In a desperate attempt to get some professional help, Dennis visited his accountant and begged for forgiveness and some kind of a magic silver bullet. The accountant realised that Dennis wasn’t going to pay his outstanding bill and went to court to make Dennis bankrupt in a bid to minimise his firm’s loss. Nice one.

When Dennis told his wife about the summons she realised that they would lose the family home; she told him to expect a letter from a divorce lawyer.

Dennis’s entire life (and mental sanity) is falling apart all around him. He sees no future and is in a very dark place indeed.

As a distant observer I feel for Dennis. His pig-headed belief that he could find a DIY solution that would solve his problems was misguided to say the least. There are times when you need to recognise that every part of you and your business has become stuck... frozen in the headlights.

And to get unstuck you need to decide to take massive action. 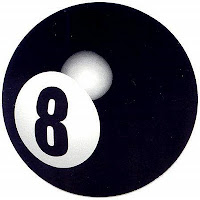 Business Zone ranked the following article at Number Eight in their Articles of 2009!


With so much mediocrity about, you can stand out if you improve the way that you sell.

This article, in a nutshell:

REAL FACT ONE: If your customers are not listening it is not their fault!
It is your fault… you are not communicating in a way that they can hear your message.

REAL FACT TWO: You sales presentations/offers and so forth are probably all wrong.
I expect that several years ago you attended a sales course or read some books that told you how to present yourself.

Most people attended a similar course so most presentations follow a familiar pattern. More importantly, that pattern is all wrong: it is dull and familiar and crucially it does not get you results.

A quick example: A consultant visits us and his typical, boring, predictable, mind-numbing presentation goes: “My name is… I work for…, and we employ x people…, based in… set up in… and what we do is specialise in…” This was dreadful.

Eventually the salesman got close to the climax and I started to wake up a little “and the solutions we offer include…” (and I was thinking “yes but how does that help me and my particular problem?”) and finally he reached his peak with the inevitable words “and as a result you will be more profitable.”

At last he talks about what I am interested in. But he has offered a one-size fits all solution and he has offered it too late. He still hasn’t asked me about my problem or what I am looking for.

Clearly he is not really interested in helping me; he is only interested in making a sale so I graciously boot him out of the office, thank him for his time while wishing he hadn’t wasted my precious time.

So… why does every sales presentation bore you to death before telling you what you want? Please, don’t give answers till you know what the customer’s problems/issues/needs are.

REAL FACT THREE: People have problems/hurts/needs that they want sorted out.
You need to know what they are. To find out what their issues are you need to ask questions, shut up and listen to the answers.

REAL FACT FOUR: Customers are only interested in how you can help them relieve the pain or get more pleasure.
I repeat, to find out what their issues are you need to ask questions, shut up and listen to the answers.

REAL FACT FIVE: People will buy from you if you are able to cut to the chase.
Tell them what they will get… Don’t bore them. Be precise and focused. Don’t waste their time.


REAL FACT SIX: People don’t buy from you for what you do but for what your product or service will do for them (probably after you are gone).
This is what they want to know: how will they be better off after you have gone? Suddenly, selling becomes easy. Find out their hurts/problems/issues, find out what THEY want after you’ve left, focus on telling them how you can deliver it.

REAL FACT SEVEN: Customers want you to make it absolutely clear what they will get by buying from you.
So, tell them how you will make things better for them. Next…

REAL FACT EIGHT: Customers love it when you make it clear that you can deliver.
So tell them: “We can do that” and give them some brief proofs or examples.

REAL FACT NINE: Customers love it when you shut up.
So, what I am saying is as follows: be clear about what the customer will get and how it will improve things for them. Remember people buy for one of two reasons – to be happier or more profitable,
i.e. they want more profit/income/sales/time and/or less risk/costs/stress.

If you follow the approach outlined above several things will start to happen.

If you think you can’t sell then you are probably right, you won’t sell. The techniques above will put you in a different state of mind, “can sell, and will sell”. Sounds good to me.
Posted by Unknown at 13:48 13 comments:

From today's Independent On Sunday