Well Torquay is the home of one of my favourite restaurant, Number Seven, a first class privately run fresh fish bistro/restaurant which was shut for the holidays but not to worry.


We went to what we were told was a close second – a glorified fish and chip shop pretending to be a restaurant but failing on nearly every count. We stayed in the slightly dilapidated Grand Hotel (nice small spa in the basement), a bastion of slowly fading, and not desperately, enchanting grandeur.


Working in Torquay last year we spent three days at the Imperial. The room cleaner shut and locked the patio door leaving me stranded on the balcony, my phone on the other side of the glass while 180 delegates were waiting for me to present to them downstairs as I screamed and shouted for someone to notice my third floor predicament.


Moral of the story: never trust a room cleaner listening to an IPod. But I digress.


My real concern is the town itself. Come 6.00pm the euphemistically described clubbers, boys and girls of the night, appear ready for some eight hours of non-stop drinking and general debauchery. Torquay culture? While I can live with that, what I found upsetting was that Torquay must really struggle to compete.


Prices were not cheap, service was pretty poor and not desperately interested, and most of the hotels and restaurants were either half-empty or not bothering to open. More importantly, nearly every business needed more than just a quick lick of paint. It felt tired, uncared for and unloved.


I have just come back from skiing in two resorts in France. Both resorts and their outer-environs demonstrated a civic pride and care for the civic amenities as well as in the local businesses. I am not quite sure why a couple of hundred miles should make such a difference to almost every aspect of the customer experience.


Yes I have had some dreadful experiences in France in my time but this is not the rule.


Travelling through France you can find little cafes, restaurants and train station brassieres that deliver the hospitality, and freshly prepared food that very few similar establishments pull off in the UK.


Maybe we get the food establishments we deserve. Our expectations are low (and still they are constantly not met!), we avoid complaining and pay good money for total mediocrity.


Mediocrity is a sin! And we are sinners!


For a special wedding anniversary it is cheaper to take the entire family to Paris for the weekend, stay in a proper hotel and go to a proper restaurant and be served food with respect.


Who wouldn’t want that?


My worry is that Torquay can’t compete. And each of those independent businesses can’t compete on price, value for money, service, the culture and most importantly, the weather.


PS This is not a pop at Torquay but rather I am highlighting the plight of Torquay businesses and many others...

PPS Spent last weekend in Bournemouth - it felt altogether more lively and cared for than poor old Torquay. Not sure what conclusion to draw there.

Business Link: Should It Stay or Should it Go?

The conservatives are quite clear; they want to scrap Business Link. [We Need To Halt Meddling] Not quite sure what they will do with the money but that’s the world of politics and promises... to buy votes – or is it?

I asked for a show of hands at the Small Firms Summit in Burnley.

Again the ‘don’t cares’ represent the majority – the silent/disinterested majority.

I don’t mind people being 'for' or 'against', but 'not caring' is a problem.

Without starting on the “small businesses are the backbone...” monologue I must say that I am disappointed that so many people just don’t seem to care that much.

Why the recession has been an entire red herring 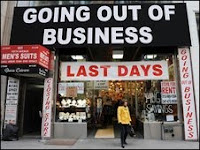 All the recession has done is highlight the vulnerability of those businesses which would have gone bust anyway... This is the post that caused a stir over at BusinessZone

Here comes my tough love bit: businesses that go bust deserve to. Most of them run out of cash because their 'business model' (whatever one is!) is not sustainable. You don’t need a doctorate in business to figure that one out.

Yes, there was a change in circumstances. Yes, there was some bad luck. Yes, the toast landed butter-side down. But basically they ran out of cash. Here are the last four stories that were told to me. All very emotional and sad stories:
The theme is consistently similar: "We didn't see it coming...", "no-one told us...", "we ran out of cash..."

There are no guarantees
All the recession has done is highlight the vulnerability of so many businesses. These were rocky businesses but their precarious position is disguised (or camouflaged) in a growing economy.

Healthy, unhealthy or simply not unwell
The opposite of a healthy person is an unhealthy person. But not being ill is not the same as being healthy. Loads of people are simply 'not unwell', just surviving. And so it is with businesses.

So how about your business? Is it:

a) Unwell?
b) Not unwell?
c) Positively healthy?
I suspect that there are many businesses out there that are simply "not unwell" – getting by and not being aware of just how tenuous the line between life and death is.
And, I'm sorry, but here comes some more tough love!

I am afraid that being "not unwell" is not good enough. You've heard the following before: There will be a shake-out in every industry. Only the fittest will survive. Too bloody right!

I am simply astounded at the sheer audacity of people who run average, mediocre, run-of-the-mill, me-too, look-alike businesses and seem to expect to make a living. They think they are owed a living because they work hard and are "in business".

Actually, the businesses that are doing well are simply doing the basics but they are doing them supremely well. And what do I mean by the basics?

Actually, I am not going to tell you. 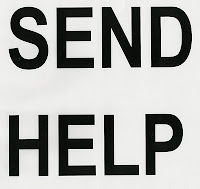 I have known Davina for ten years. She has a lovely, solid IT business employing 45 people. Turnover is around £4.5m and grows at about 10% each year.

But… she is a workaholic and beats herself up about not being the ‘entrepreneur of the year’. She scours the bookshelves looking for the new initiatives but they always disappoint so she just works harder: push, push, push…, hassle, hassle, hassle.

And still they grow at 10% pa. Each year she gets to work earlier and leaves later. Staff turnover increases each year as they feel her demands of exponential growth are unattainable. She is going to have a heart attack.

In a backwater pub I could see her blood pressure was at boiling point so I subtly slipped in my one-liner “Trying harder is over-rated”. She pushed over the table (drinks and all) and marched out of the pub, tears streaming down her face…

10 minutes later I found her in an alleyway in tears. She spouted forth at her sheer and utter frustration and how she knew it was getting her nowhere (bad sleep, unhappy relationship, remote children and eczema for starters).

Once she calmed down we returned to the pub, apologised to the landlord and put together a simple plan. By agreeing what ‘success’ looked like we could piece together how to get there.

By splitting out her goals for her business, career and private life we could identify the various trade-offs. She could come to terms with what was realistic and achievable. Over the next two months we worked together to create and start rolling out the plan.

Davina is not a touchy-feely type of person. Her idea of HR or staff development was to take people out the back and give them a rollicking. She hates NLP (and anyone who mentions it) with a pathological vengeance.

I do not want to play the amateur psychologist but something had to give.

Now Davina works 15 days a month and spends the rest of her time practicing her golf swing (her choice), living emotionally as well as physically with her partner and kids.

I have now been through this ‘process’ with more than several clients. It is great to have a toolkit that we know works to get entrepreneurs feeling better about themselves and their businesses. After all we are only on this planet once. But that is not my point (although feel free to contact me to find out exactly what I am talking about here).

It staggers me how many business people run themselves ragged just to go faster. Running up the down escalator. If it (whatever ‘it’ is) isn’t working then it is pointless just doing more of the same. It is the first sign of madness to keep doing the same thing and to expect a different result! So do something different.

As soon as Davina broke the work-obsessive cycle she discovered that there was “more to life than work”. More importantly, with respite from her incessant banging her head against a brick wall, she was able to start being far more incisive, decisive and effective at work.

The result: year-ending April 2009 saw a 19% increase in turnover with an even greater increase in profitability. But that’s another story for another day!
Posted by Unknown at 07:10 16 comments: 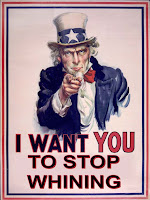 A shortened version of an earlier entry What Is The Message?

What is it that you are trying to say, because I am sure that what you think you say and what they hear are two very different things!

For me, that message is: “Stop p***ing around!” I apologise for the language but that’s it in a nutshell.

1. It is all your fault
2. Stop procrastinating
3. Speed is of the essence
4. Decide which side of the fence you’re going to sit on
5. Just do it – now
6. Take massive action
7. DIY my foot! You can’t do it alone

So, now is the time to grow up and take responsibility for the successes and failures of your business.

Stop blaming other people and take on the challenge as an adult. Go for it!
Posted by Unknown at 07:17 12 comments: