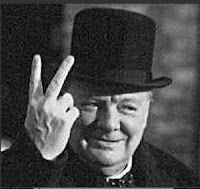 The first or second question discussed with any half-decent bankers, advisors, potential investors or board members is "What is the exit strategy?"

The assumption behind the whole growing business ethos is about incremental stages of growth:

All roads lead to the big payout. There are many businesses that simply chase the money, and that’s fine.

However, we currently have a number of clients who have turned their backs on the traditional ‘happy ending’ model, namely absolute financial security. Several have even walked away from the money at the last possible moment, on the day of signing the contract. This kind of behaviour challenges the logic of the growing business ‘ology’ of start-up, scale-up, sell-up.


Not such a happy ending

There is a growing breed of entrepreneur who realises that the haven of happiness they were chasing wouldn’t be so wonderful after all. And the baby that was so lovingly nurtured could well be pillaged by the new owners, despite what they promise.

If there’s a choice between becoming bigger (by selling out and losing independent ownership) or being greater, then there is a growing band of companies that have chosen to become great and remain independent – highlighted in Bo Burlingham’s book Small Giants.

They know that the new owner, especially if one of the ‘big giants’, will rip the soul out of the business to chase the only metric they care about: increased shareholder value year-on-year.

These small giants are remarkable businesses – and I use the word ‘remarkable’ in a specific context. These companies are worth remarking on; these businesses have something special. It’s more than just DNA; more like a mojo; a magic that permeates the organisation.

Defining the mojo; describing something that is almost beyond description; putting a name to the unnameable, is very difficult to do, but that doesn’t mean we shouldn’t try to do it.

These businesses have recognised the full range of choices and have resisted the predictable/inevitable path of selling out. They have intense relationships inside the business and with their customers. As independent businesses they have chosen to use their own idiosyncratic management systems and processes. Above all, almost everyone is still unbelievably passionate about their product or service and how it works for their customers.

Burlingham’s book goes on to cite that strong community relationships are another fundamental of these companies’ mojos – and certainly the businesses I am thinking of have created close communities of suppliers, customers and staff. So, much more than just increasing shareholder value.

One example is an award-winning training company that’s 100% committed to growing and sustaining its staff and the local community.

Another is a building company unprepared to compromise its values and standards. Yes, it is harder to take the path less travelled, but that doesn’t mean it isn’t worth it.

So, the next time you are asked about your exit strategy, you can say that your business is too special to have one, while adding that you have a mojo and you’d rather be great than big. In essence, you want to be a small (and happy) giant! 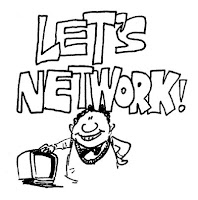 I was asked to put my writings on networking all in one place. So here it is
Enjoy!

Entrepreneur Magazine has an article by Sir Richard Branson: Five Secrets To Business Success where he says "I am often asked if I have found a secret - or at least a consistent answer - to successful business building over my career..."