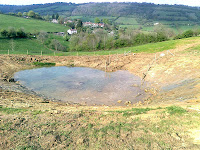 SWVAG Ltd is pleased to announce that at a hearing on Friday, 21st July, in the High Court, by the order of Mr. Justice Ouseley, they were granted permission for a Judicial Review in the High Court in their action against Bath and North East Somerset Council (BANES). The judge heard arguments from SWVAG's counsel, Richard Harwood, and from Lisa Busch representing BANES, and ruled that BANES have a case to answer in two Planning cases regarding the Golden Valley Paddocks Ltd (GVP) intensive farming development in the Woolley/Swainswick Valley.

The first case involves SWVAG's claim that BANES' position that ten chicken sheds, each designed to house 1,000 chickens, does not fall under European Environmental protection directives is unlawful. The second case involves SWVAG's belief that the only Planning Application (one of 8, that GVP have submitted, all retrospectively) so far approved by BANES for a stock pond has been approved unlawfully.

Mr. Justice Ouseley also granted SWVAG a Protective Cost Order so that they can proceed with their action with the comfort of being able to budget their costs. He also agreed with SWVAG's request to expedite the hearing as the case has been proceeding already for some considerable time and has ordered for the case to be heard in the next term ie the next 4 months.

SWVAG Ltd is the legal vehicle for the Save Woolley Valley Action Group who have registered more than 1,000 expressions of support on their website
www.savewoolleyvalley.co.uk

Local developer Golden Valley Paddocks Ltd (GVP Ltd) have continued work on a site in the Woolley Valley despite having 8 retrospective Planning Applications, 5 which were rejected, one granted (which is now to be considered in judicial review) and 2 which BANES are currently considering. BANES Planning Dept. failure so far to enforce the 5 refusals sets a dangerous precedent for rogue development in Green Belt land across the country.

GVP Ltd appears to be a property developer who is using agricultural schemes to justify the siting of first mobile and then permanent residences. They applied retrospectively for planning to erect an agricultural building supposedly to house alpacas – a known shoo-in for residential planning with some local councils. They then proceeded with further developments (all without permission) to support an intensive chicken farming operation involving the use of 10 bungalow-sized chicken barns, which will allegedly house 10,000 chickens.

The Woolley Valley in which the development is sited is within the Cotswold Area of Outstanding Natural Beauty (AONB) and has the additional protection of an Article 4 Direction which was put in place by the Secretary of State for the Environment on 3 Feb 1993. The Article 4 Direction removes specific permitted development rights:

BANES Planning Department issued a Planning Contravention Notice in early May and a Temporary Stop Notice forbidding further excavation and engineering work on the 10th April 2010 (which expired 20th May 2010). BANES Planning Dept. issued an enforcement order on the 21st May 2010 to halt any further site earth level changes. It acknowledged in its Enforcement Report of the 18th May 2010 that it is expedient to enforce the removal of the mobile home but to date has not issued an Enforcement Order for this. It is now over 15 months later .

"This is one of the most beautiful valleys in the west of England, and the development is making a mockery of our planning and environmental policies. I can only think that BANES don't have the resources to fight it, as clearly it would be an issue that you would imagine would be high on their agenda."

“I am particularly dismayed by the way in which the field nearest the village has been excavated and partially filled with what looks like hundreds of tons of spoil. This was the most ecologically valuable field on the holding with natural streams and it was farmed with great care to avoid poaching the land and to maintain its particular character.”

“It is important that planning laws are applied effectively. There must not be one rule for us and another for aggressive developers. The scar on the landscape is a disgrace and I am urging the Council to act.”

The National Trust have stated:

"It is clear that the landscape is being destroyed with major earthworks and a number of enormous supposedly mobile chicken houses," Wendy Stott, the National Trust's Bath property manager.

"This is an important valley and the National Trust urges the council to take speedy and effective action to prevent unauthorised developments. We are more than willing to lend our support to the local campaigners and will always seek to protect such important countryside areas around Bath. The National Trust is supporting the campaign being run by Save Woolley Valley Action Group.”

SWVAG Ltd formed in April 2010 to raise public awareness and encourage organisations and influential individuals to apply pressure on BANES Planning Dept. to stop the illegal and destructive development taking place in Woolley Valley. They launched an online petition (www.savewoolleyvalley.co.uk) to demonstrate to the council that the campaign has significant public support and that they must enforce planning regulations against rogue development, if they are to maintain their integrity and support amongst the local public.

Kieran Higgins, Public Relations on 07776463859 or higgys356@hotmail.com or visit http://www.savewoolleyvalley.co.uk

The Power of Groups - The Mastermind Experience... 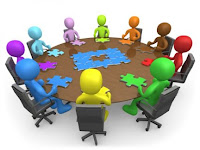 Taken from an article first published in Growing Business...

A Mastermind Group meets for the benefit of its members. It usually focuses on sharing or exchanging business knowledge, experience and ideas with a view to improving business performance. It uses the power of partnerships to create massive productivity gains and prosperity for its members.


Free DIY groups range from the corporate/franchised models through to exclusive guru versions. At its simplest, you get what you pay for.

There are no shortage of players in the ‘corporate’ and franchised models where attendees get a speaker in the morning and some form of coaching or boardroom ‘hot seat’ scenario in the afternoon hosted by the facilitator. The real issue is firstly whether the facilitator has relevant experience (e.g. entrepreneurs need entrepreneurs). Secondly, can they do more than just facilitate? Will they get you to go and do the things you need to do?

This is where the exclusive guru model can come into its own. The guru in question should be an expert in their field (as recognised by others and not by themselves!), have the tools relevant to your particular issues and the technical skills and competence to share, communicate and motivate you to achieve. A large part of this is to do with the personal chemistry between you and the guru. Do they ‘get’ what you are trying to do? Do you believe that they can really help you?

Results: in the long run

To check out the long-run effects, I have traced a series of mastermind clients from some ten years ago. It makes fascinating reading.

Taking one particular group, the 10 businesses were turning over just under £1.3m (on average) back at the start of the decade. Some ten years later all are still in business and the average turnover is now £15m. More significantly, profit grew a staggering thirtyfold in the time period.

Quoting statistics is always dangerous but those who wanted fast growth got it (e.g. £30m in four years) and those who wanted a new lifestyle choice got it (selling their shares for in excess of £20m).

On average, the long-term performance of these businesses has outperformed the market. However, the stats do not tell the whole story. In the interests of honesty we are not doing what the scientists call a fair test. In reality, the businesses may have blossomed with or without the programme. Maybe the programme just attracts high-performers.

What we can say is that those who choose to attend such programmes achieve above-average performance. Do you want to be part of that crowd?

Results: in the short run

In the short run, attendees often see dramatic results very quickly. This year I have seen one delegate save 51% on a £100k bill (with one simple phone call), one start trading in Australia and the USA, one who has just had his best year in 30 years of trading and one who has sold his business. Dramatic things happen and very quickly.

I have worked for most of the recognised mastermind franchise/market leaders, business schools and business growth programmes and action-centred learning groups in rious capacities. I have also run my own Mastermind Groups. What I have observed is the following:

The Mastermind Group carries a massive Government Health Warning. It is not for everyone.

Typically, people join such groups because they want to “achieve their goals faster”, “be part of a club that understands them”, where they can “share their dreams and their fears”, “learn from the expert”, and “work with other people facing similar challenges”. Every person’s reason for signing up is different.

Emotionally, the group provides tough love, safety, security and confidence from a solid, inspiring sounding board. Functionally it fast-tracks results by working with people who have ‘been-there-and-done-it’, by using ‘insider secrets’ and top tips to grow your business. Specifically, powerful contacts, referrals, recommendations and joint ventures are made.

It is not for everyone. But is for the highly motivated who are truly committed to making things happen.

So it’s worth asking, “Do you feel frustrated by your progress?” If so, a Mastermind Group could be for you.

RELEVANT LINKS
The webpage and video for the Mastermind Group can be seen here.

There Is No Such Thing As A Small Business Market 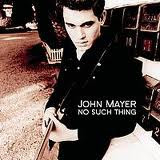 Thoughts after a meeting with a corporate "about to focus on the SME Market".


There’s no such thing as the small business market.

Working with a corporate who doesn’t seem to get the small/growing/independent business thing. The client was looking to target growing small businesses (presumably with budgets to buy Product X systems).

“Wow, four million to shoot at" they said excitedly.

Yes, there are segments, but you cannot design one strategy to reach the small business market. Or rather you can (see certain banks, accountants and business support agencies) and then it is just one huge shotgun approach, probably wasting more than you win.

Second, the reality is that a majority of this so-called market is not actually part of the market.
Wannabe entrepreneurs claim to be small businesses and end up on your database and at your events but these are people who would never buy. If say 20% of your database are time-wasters then suddenly your target of legitimate potential customers has got significantly smaller.

The tendency to over-estimate the market is the classic corporate mistake.

“Wow, four million to shoot at“ (less 15- 20% who shouldn't be included, less 80% who employ less than 5 employees leaves you with almost nothing to aim at).

What is left over is also pretty difficult to find. Even harder to reach.


RELEVANT LINKS
Marketing to Independent/Growing/Privately-Owned Businesses - blog
SME Update - You're taking the SME - blog
"I am not an SME, you patronising ***!" - article with 10,000+ hits