“Each Friday ask all your reports to tell you on a single page what important things happened during the week and what these things mean for the business” says Jack Trout.

What is Marketing? (again) 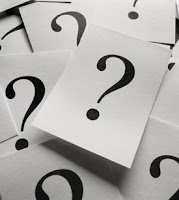 Jack Trout to the rescue again. This is sweet!

"1.Have a simple idea that separates you from the competition
2.Have the credentials/product that makes the concept real/believable
3.Build a programme to make your customers/prospects aware of this difference.”

When did marketing become a term of abuse? 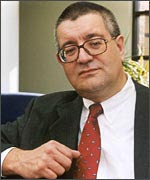 Here are some excerpts from a press release for Warwick Business School's Nigel Piercy - excellent stuff!

In common usage, the word 'marketing' is little better than a term of abuse. The public image is of institutionalised hucksterism, smoke and mirrors, deception, meaningless brands, and 'spin' and Public Relations.

Managers see marketing departments as untouchable, slippery and expensive, populated with brash wideboys who would do better to show less arrogance.

Professors... stay in marketing and contribute little of any value...

Marketing shows every sign of being a discipline in distress, searching for legitimacy.

Most business school courses in marketing seem to imagine an organizational context of marketing functions that no longer exists...

Teaching is built around a model of marketing programmes that has been largely unchanged since the 1960s - a model enshrined in marketing textbooks...

The result is marketing teaching which ignores the real challenges facing managers in favour of the comfort of familiar textbook notions of what marketing should be about.

Back to Africa - a blog that lost in the ether...!

By the time you read this post I should be back from Malawi - part of a three country tour (Malawi, Botswana, Zambia). As well as working with local businesses (small and large) and Government Business Support Agencies we will be visiting schools in Botswana and Zambia to hand over the proceeds from our recent fund-raising efforts.

We always have a wonderful debate at the Let’s Talk… More Profit event about the pros and cons of putting up (or putting down prices).

My view: put prices up, lose the pondlife and work less.

Michael Porter on the subject:
“Cutting prices is usually insanity if the competition can go as low as you can”

(He looks a bit insane in his photo!!)

RELEVANT LINKS
Let’s Talk… More Profit - events: new schedule out now
Masterclass Forum - spend a day with me and six other businesses...
Michael Porter - his website
Posted by Unknown at 08:00 No comments:

ARE YOU BEING REASONABLE?
“Most people are reasonable; that’s why they only do reasonably well.”
Paul Arden

A quickie... I am running a Masterclass Forum on 12th September in Bath. Basically, six businesses locked in a room for the day with me (and each other).

You bring your issues and we will endeavour to sort them out for you. It is a brilliant format; businesses attend from all over the country. Typically businesses greater than 10 employees sign up.

Benefits of attending:
- you get blunt feedback and advice from other people who have been through similar scenarios
- spend a whole day with Robert Craven and the other businesses who will focus their attention on your issues
- networking: business (direct or by referral) is always done between the delegates
- put a 'toe in the water' to see how you like working with outsiders to help grow your business (without paying the usual full day consultancy fees!).

RELEVANT LINKS
Robert Craven - Masterclass Forum - video piece from our friends at cmypitch.com
Masterclass Forum - page from the website - see what past delegates say, book your place etc.
Posted by Unknown at 07:30 No comments:

DON’T PLAY IT TOO SAFE

The riskiest thing is to be safe… Very good is bad… because no-one notices it.

Be Impressed by a Sixteen Year Old

You need google about Thandiwe... a student from Jack Cecup School in Lusaka.

"In 1999, when she was only eight-years-old, her school was closed because there were no teachers. Thandiwe refused to accept this and led 60 other children in walking to find another school. As a result, all the children were taken into the Jack Cecup School.

Strengthened by this achievement, Thandiwe has been fighting ever since for the right to education for all children.

Thandiwe continues to impress, for example by speaking in church about children and AIDS - an issue not always discussed easily in churches. With a friend, she wrote and illustrated a booklet called “The Chicken with AIDS”, telling young children about the perils of AIDS.

She also co-authored a song called “For My Sake” about the need for children to be supported and protected - a song which has already been played in South Africa, Tanzania, as well as the United Kingdom."
The more you discover about her the more impressed you become with her and the team at Jack Cecup School.
RELEVANT LINKS
Zambian girl - Thandiwe Chama Awarded Children’s Peace Prize
Thandiwe's blog
Thandiwe with Bob Geldof - winning her award
Thandiwe on the KidzKameraz blog with me!
My African Photos - a selection
Posted by Unknown at 09:13 No comments: