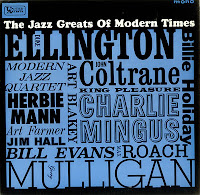 The orchestra conductor has often been cited as the perfect metaphor of a leader; the conductor is capable of creating harmony from an enormously complex team. In the army, as well as in business, campaigns are regularly referred to as having to be ‘orchestrated’ to describe the complexity.

Leading The Music - And The Beat Goes On….

The need to manage complexity seems to become more and more important. This pressure is so great that maybe the skills of the jazz leader are now required more than the skills of the classical orchestra leader.

In essence, classical music is ‘old school’, where you know what is going to happen in the end. In jazz, anything can happen, a bit like the modern business environment.

Technically, jazz involves taking a theme, taking it to bits within a rhythmic framework, and putting that back together such that two plus two equals five - you have more than you started with. The great jazz leader has to be thoroughly schooled in the fundamentals, yet possessing an absolute technical competence, and also being able to improvise on a theme. The crucial skill of modern management is this ability to improvise on a theme; this is what separates the classical from the jazz leader.

The ability to improvise is crucial; it is this ability that enables the leader to develop and understand patterns as they unfold. For most leaders there is no real score or script.

The leader is given a theme around which he or she must work and improvise.

The metaphor of jazz is a rich one. You only need to think of some of the great jazz musicians of the later half of the century to see the similarities. Great names such as Duke Ellington, Miles Davis, John Coltrane, Gil Evans, Keith Jarrett, and Stephane Grappelli took traditional themes and ways of working and pushed them to the limit - as with all innovative work, some of it didn’t seem to make so much sense to the ‘mainstream’.

However years of expanding what were originally narrowly defined parameters have opened up new possibilities for the players (and their customers, the audience).

Ellington, Davis, Coltrane and Grappelli can be seen as examples of the expansion of the ‘traditional’ way of doing things; compare them with one of the more innovative modern business leaders, say Tom Peters, classically trained and thoroughly grounded in the fundamentals of their profession.

The Richard Bransons and Anita Roddicks are equally grounded although their learning may not be quite so formal (compare Miles Davis or John Coltrane for the less classically trained jazz players).

Both management and jazz leaders should be great team players (the Dave Brubeck Quartet was together for 16 years). Both types of leader need to be great innovators and have a passion for the success of the team that is only matched by the compassion for the team. Humility is shown in giving credit to the team.

What counts is the leader and his/her ability to take the whole further, beyond existing, safe boundaries; to continuously improvise and to continuously learn. To learn you have to make mistakes, but the key is to learn from those mistakes.

Management-speak and jazz-speak do merge. The role of the leader is to achieve the task - after all this is why the group exists. The other main role is to maintain effective relationships.

Management and jazz leaders are committed to achieving results through people. Their main objectives will be to:

· Gain the commitment and the co-operation of the team;

· Get the group into action to achieve some kind of agreed objectives; and

· Make the best use of the skills, energies and talents of the team.

Successful leaders need to harness and satisfy the needs of the task, the group, and the individuals to be successful.

Case Study A lovely example of the difference between (visionary) leadership and (getting things done) management has emerged as some critics suggest that Paul McCartney was in some respects the creative leader of the Beatles rather than John Lennon.

Yoko Ono is quoted as springing to her dead husband’s defence, ‘John did not make the phone calls, he was not on that level as a leader - he was on the level of a spiritual leader…. He was the visionary and that is why the Beatles happened.’

Will future musicologists view Sir Paul as little more than an organiser with a good telephone manner basking in the reflected glory of Lennon’s genius? What a wonderful portrayal of the difference between the leader and the manager! Or rather, the point is that together they were amazingly successful - a successful team needs both sets of skills.

taken from Kick-Start Your Business, 2001

Business and all that jazz  What can Duke Ellington and Miles Davis teach entrepreneurs? Quite a lot, say Warwick academics

Here's my article on music and leadership http://www.academy-of-rock.co.uk/downloads/MUSIC%20AND%20BUSINESS.pdf taken from the Sex, Leadership and RNR book

Peter - love your article/pdf
From Maslow to Meatloaf - very witty.

Recently I was interviewed for a TV prog on the Beatles influence on people in business - not about the music or music industry but their influence on entrepreneurs as people...

Definitely a great post. Hats off to you! The information that you have provided is very helpful.