Death of the Sales Funnel


An article worth reading is... Death of the Sales Funnel as we know it

so maybe we need to think more about...
The Customer Decision Journey  (see www.mckinsey.com)

It’s a pretty simple concept really but clients like it because this visual highlights and isolates the most important aspects/steps of the journey:

So what can we learn from what is going on around us?


Businesses that have recently suffered the ultimate indignity from keeping their heads well and truly planted in the sand include:

But even if your name is not on the casualty list then the world looks pretty tough. Here is the transcript of an identical conversation I had this morning, one with a global brand name giant, and then with a London-based small business:


It is getting tougher out there for most businesses. Customers are smarter and better-informed and less loyal than they had been. They no longer need to, and in fact they don’t, believe you.

So what is to be done?

Do not join the queue heading for oblivion by competing on price. As Michael Porter says, “Competing on price is a mug’s game unless you can afford go cheaper than the competition.”

What the outside world is telling us is:

3) Brands that deliver on quality can still do very nicely.

Sticking to the old model is what has driven so many businesses into the ground.

A quick example: the auto industry has seen the number of visits to a showroom before a sale crash from five to one... car buyers rate the online experience as the number two influence of the sale putting the retail experience at number one.

Stood in front of the esteemed audience of worthy marketing luminaries, teachers, consultants and directors, the penny finally dropped. It’s all a load of b*******! End of. Fed with a diet of post-war theories and frameworks created by old school consultants and academics examining the mid-20th century corporate monoliths, the whole ‘marketing’ myth gets perpetuated.

Religiously, the marketers apply their ‘marketing toolkit’, a selection of irrelevant, inappropriate, anachronistic techniques to a world that no longer follows the imaginary rules that the triple-segmented, double-qualified, sub-divided and over-researched consumer is meant to adhere to.

In a world where you get sacked for ‘thinking outside the box’, everyone keeps applying the ‘inside the box’, safe, redundant theories. The classrooms are full of pretty SWOT analyses, BCG matrices, product portfolio analyses, Porter’s Five Forces and case studies of ‘the successful’ global brands. All abstract, intellectually fascinating and irrelevant.

The high growth years of obsessive consumerism have gone forever. And what people won’t admit is that the ‘pile it high, sell it cheap’, ‘do the numbers’, ‘measure the ROI’, ‘advertisethe-life-out-of-it’ approach isn’t working.

This is lazy marketing and it’s broken.

It’s time for marketers to reclaim their role in businesses, especially in big businesses. Marketing is all about getting more customers to buy more, more often and ideally at higher prices. But hiding behind your broken CRM systems (does yours work, really?) sending your broken emails to improve your broken customer transactions is not the way forward.

It’s time to throw away the old obsessions with measuring metrics and models and get back to basics.

And the basics are summed up in simple questions such as: ‘Why should people bother to buy from your business when they can buy from the competition?’ and ‘What makes you different from the rest?’.

More importantly, it’s about the customer and what they think of you and your product. Are you
giving them what they want today? And what will they want tomorrow?

Sometime in the last 20 years marketing went from being at the interface between the company and the consumer (the relationship) to being a mere business function, a cost centre with its own internal rhetoric and logic for analysing the ‘customer journey’ (the transaction). On the side of the customer? No. Responsible for pricing? No.

Marketing’s role at the centre of the business became redundant.

Too many marketers are taking money from bosses and clients under false pretences. Getting paid for ‘doing marketing’ has come to mean something to do with media, communications, PR and product placement.

But marketing should be all about the customers and consumers; about their experience; about what they feel and think and how we might fit into that map of the world; about how to increase revenue by understanding what the customer really wants — by anticipating what they will want.

Meanwhile, you, as a customer, turn the volume off on the TV commercials, ignore the full-page ads and get driven mad by endless cold calling. So why do you think your potential customers behave any differently when you bludgeon them with your own ‘cunning, innovative and carefully designed’ high volume campaign? They too are bored, fed up, overstimulated and underwhelmed by product promises they don’t believe or that don’t actually apply to them.

To answer the question, ‘How are we doing?’ ask your customers and not your accountant or your marketing director.

Engage, talk, listen, ask, relate, think the unthinkable and say the unsayable. Marketing is not, and never has been, about measuring transactions. The whole industry is hiding behind ‘doing the numbers’ when they should be ‘doing the thinking’.

It’s time to get out of the box.

Published in Winning Edge from the ISSM

I am just revisiting my book Customer is King - how to exceed customer expectations.


Has much changed in 10 years?

I would love to say yes but actually I don't think much has changed:

On the other hand...

The technology and rise of social media has meant that it is easier and cheaper than ever before to get close to the customer. Yet so many fail to do this successfully.

The problem is still the same...

Most business simply do not see customer service as their number one priority. They do not measure it above other success criteria... they mean to be customer focused but the accountants take over and insist on trying to measure the value and the ROI of every cost that is incurred... they pay lip service. Especially in a recession where the accountant seems to be the key influence in most business decisions.

Too much upside down thinking

Any sane person can see that focusing on profit above all else is a short game. Putting profit above customer satisfaction gives a result for today but it is clearly not sustainable in the long run.

The 'best companies' (according to Management Today..., who are  all profit-focused) go bust.


What's new?
Full of audit and checklists the book comes across as bit of a rant from a grumpy old man.

It still drives me bonkers that customer-facing staff can be incapable of basic courtesy...

The Little Britain sketches where the worker repeatedly says, "The computer says 'NO'", is typical of the dreadful levels of customer service that still pervade so many of our attempts at receiving rudimentary service..

The opportunity is still there

It is clear that Customer Service is the next big battleground. Companies have cut as lean as they can so the only thing that's left for them is differentiation... not by price but by the quality of customer service and the customer experience.

"The customer experience is the next competitive battleground."Jerry Gregoire, the former CIO of Dell, 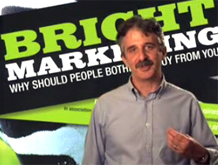 Earlier posts talk about the need to gather and share great testimonials and reviews that you get for you and for your work:

"Unlike most business books, this one is a relatively quick and easy read.

Not only that, however, it is also a very enjoyable read, because it synthesises what most academics manage to make complex into easily digestible chunks of learning.

Even better, it helps readers turn the learning into action.

Robert Craven is a very accomplished and experienced presenter and he has succeeded in translating his entertaining  teaching style into a very entertaining and action-packed book."

A little more about Malcolm: 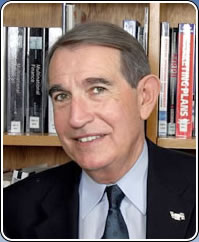 "One of the World's top marketing gurus"
Professor Malcolm McDonald MA (Oxon) MSc PhD D.Litt FCIM FRSA, was Professor of Marketing and Deputy Director, Cranfield School of Management, with responsibility for e-business, and is now an Emeritus Professor at the University as well as being an Honorary Professor at Warwick Business School.

He has written over 40 books, including the best seller ‘Marketing Plans: How to prepare them, how to use them’, and more than one 100 articles and papers.


And here's another:
2) Martin Latulippe


“Robert Craven is, in my opinion, THE TOP entrepreneurial guru. I’ve never seen another expert explain and teach critical business and sales strategies that will absolutely improve your business results like he does.”

Martin Latulippe, CSP, is a Leadership Expert and 4 Time Best-Seller, Recipient of the 2011 Peter Legg Philanthropic Award in Canada and the 2013 Leadership and Communication Award from Toastmasters International.


"What a treat to see Robert in action. He delivers a powerful message in his no-nonsense approach to business growth. Backed up by solid facts and figures, his message is clear, concise and fun. Take heed of his advice and your business will flourish."

Bright Marketing can be bought from Amazon or my website
Posted by Unknown at 08:36 No comments: